This will be a series of ongoing articles about the 7 themed lands and rides in Universal Studios Singapore. Pictures belongs to respective owners. 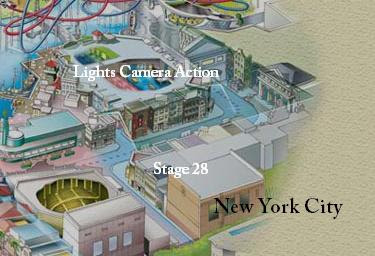 The New York Area-home to Universal Studios Singapore's film making attractions. It will recreate the look and feel of the Big Apple, complete with shopping and dining options as well as live performances by characters on the streets. 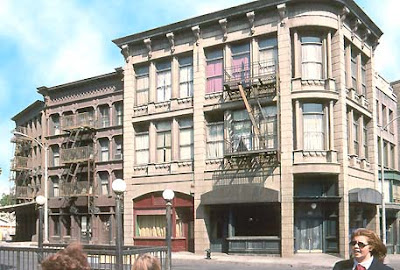 Just like the Hollywood area, New York streets is also going to have a shade cover to make sure that the temperature is ideal all day long, and to provide shade and shelter. Cool air will be blown into this area so as to ensure that it would be comfortable in this area.

New York Street represents the NY of 1940s. The facades will be very authentic. There are also many small individual environments like alleys, streets and corners for people to explore. It will also serve as great photo opportunities for the family.

Here is one question for you to think about: since this area is the home to Universal Studios Singapore's film making attractions, do you think that New York street area is meant to represent a backlot set of a studio where filming is going on, or is it supposed to be representing the real New York street? 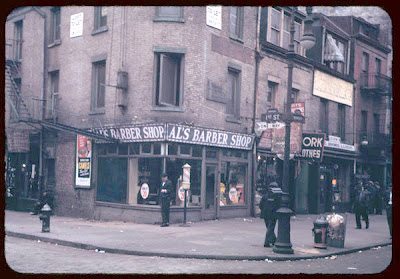 Hole in the Street

A visitor to USS Singapore in the first few weeks or months of operation will notice that instead of buildings on two sides of New York street, there are only buildings on one side of the street, while there are some pretty heavy construction going on the other side of the street. No, this isn't any plan to build skyscrapers in this New York street or anything like that, in fact, the finished product would not even add to the New York area. 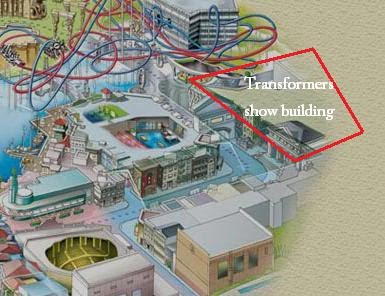 So would this whole in the street spoil the theming and the atmosphere of this area? Yes, definitely. Would this be worth it? Yes, definitely, as we will be getting a new ride based on Transformers.

Attractions
There are 2 attractions in this area: Lights Camera Action hosted by Steven Spielberg and also Stage 28.

All images belongs to respective owners.
Posted by Yilun at 11:12 AM