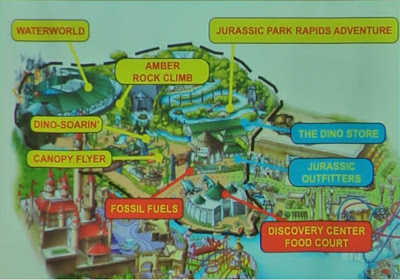 Note: Waterworld is based on the film of the same name, seen at other Universal Studios Parks around the world. It will be covered in another article.

This is the concept art for the entire land: 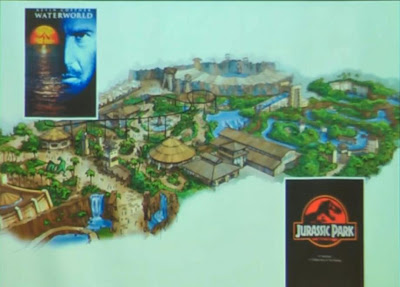 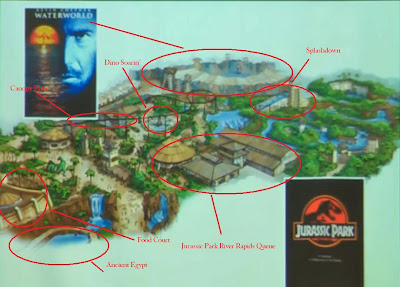 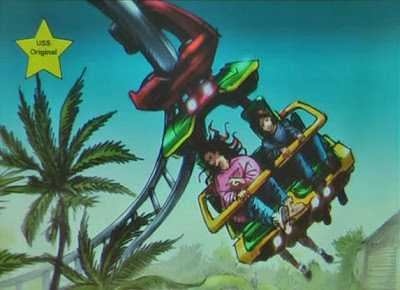 This is a version of a Skylift that uses rigid arms and the vehicle is propelled by a mechanism on the track, rather than the original Skylift rides where the whole track moves. It allows the whole family to sit comfortably in the vehicle and have birds' eyes' view of the land while enjoying the breeze. 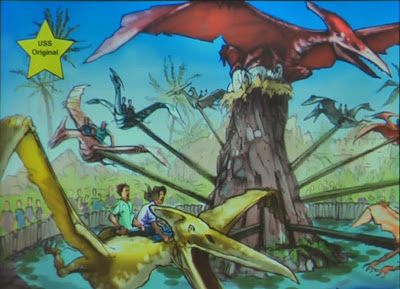 A theme park classic, a Centrifugal ride, like Dumbo the flying elephant, Astro Orbiter etc. What is different in this ride is that there is a joystick that allows guests to control how high or low the vehicles flies. 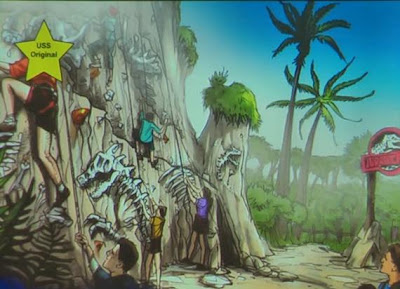 A rock climbing experience for the whole family in a safe environment.