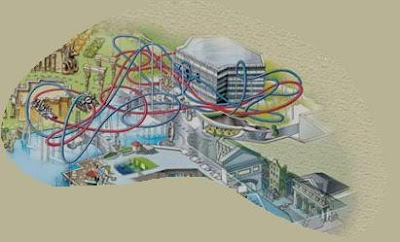 
Accelerator
This ride will be like the spinning tea cups on steroids, with a futuristic themeing. It is mainly a children's ride.
Posted by Yilun at 6:30 PM 2 comments: